Printers can present a maddening range of problems to consumers. They run through ink too fast, their output quality may be flawed, they may print at a snail's pace, paper may regularly jam. Sometimes, they'll just refuse to print at all, and just sit there while you fume. Fortunately, many of these situations are resolvable. Here we describe 10 common printer problems, and give tips on solving them—or at the very least, let you know when to throw in the towel and call tech support. 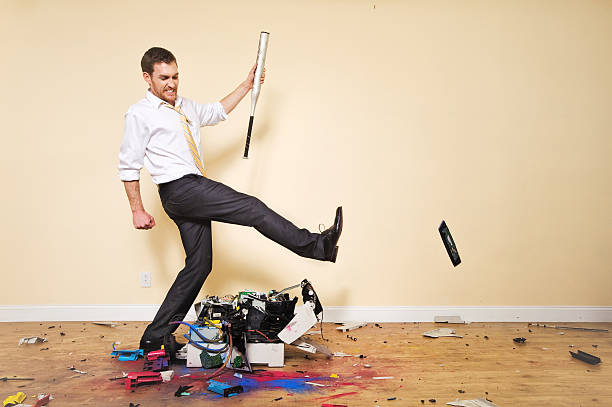 But have you covered all the bases?

Have you
documented everything?

And what’s the true pain point you’re looking to solve?

With this article, I want to cover the 11 standard mistakes that companies can make when investing in technology for their offices or factories in China.

If there are no error messages pointing you to the problem, check to be sure that the printer is still connected, via USB or Ethernet cable or—if a wireless model—that the Wi-Fi is enabled and that you’re connected to the right network. The printer driver and software needs to be installed on the computer you want to print from. It’s possible that the driver has become corrupted; it should be reinstalled; check the manufacturer’s download page for the latest version. If it still doesn’t work, check out the troubleshooting section in the printer’s User Manual, and if need be, contact tech support.

2. My printer claims it's running out of ink, but I still can print. Should I?

You needn’t rush to replace cartridges if you get a low-ink warning. Nearly all recent printers have some sort of ink tank level indicator, and will issue warnings when your ink is low. The accuracy of these warnings varies widely among manufacturers and models. Sometimes you’ll get low-ink warnings well before the ink level is critically low.

The only way to determine if this is the case is by continuing to print beyond the warning and seeing how long it takes until output quality starts to degrade or the printer shuts down, forcing you to replace one or more cartridges. Then you’ll know if the warnings are legit or premature, and have a better idea of how long to wait until you really need to replace that ink. If you’re starting a large and important print job, though, you may want to err on the side of caution and change the relevant ink tank(s) anyway.

3. I can't print from my mobile device to my printer.

Even if your printer is old or a non-Wi-Fi model, you probably can print from a phone or tablet to it. Exactly what you’ll be able to print depends on your particular situation.

Most new Wi-Fi printers support AirPrint, which lets users of iOS devices print to them (provided that both the iPhone, iPad, or iPod touch and printer are on the same Wi-Fi network). Nearly all major printer makers have released apps so that iPhone, iPad, Android, and in some cases Windows Phone and BlackBerry users can print from their devices to that manufacturer’s recent models, and some third-party apps let you print to a wider range of printers. Many manufacturers’ and third-party apps offer a wider choice of print options than AirPrint, and many can initiate scans as well.

You can print to a non- Wi-Fi printer, as long as your network has a wireless access point, by using one of the programs that requires you to install a utility on a networked computer. Printopia requires a Mac, while Presto! (formerly Fingerprint 2) works either with Macs or Windows machines. Cloud printing services such as Cortado ThinPrint Cloud Printer and Google Cloud Printer work across platforms and device types and with non-WiFi printers as well. These solutions tend to be limited to printing from a select set of apps.

Some HP and Kodak printers support printing via email. In either case, your printer gets assigned an email address, and you can email attached documents to it, and the printer will automatically print them out. Unlike the other methods here, this doesn’t require a WiFi link, only an Internet connection.

Placing your printer very close to your router should increase throughput and reduce printing time, but there are other ways to improve Wi-Fi performance while retaining the flexibility of printer placement that wireless printing promises. Be sure your router is adequate—it should support 802.11n and offer the 5GHz band as well as 2.4 GHz—and that its firmware is up to date. You could add a wireless extender or a repeater to increase performance if need be.

Some printers are cheetahs and some are sloths, but you may be able to get even a slow printer to speed up a bit. Unless you need high-quality output for a formal report or the like, print in draft mode (or whatever the lowest-quality setting is). Avoid duplex (two-sided) printing, as the printer has to flip the document over to print on both sides, which can significantly slow it down. If you can choose between printer drivers, print from a host-based or PCL driver; although PostScript drivers can print photos at higher quality, it may come at the expense of speed. 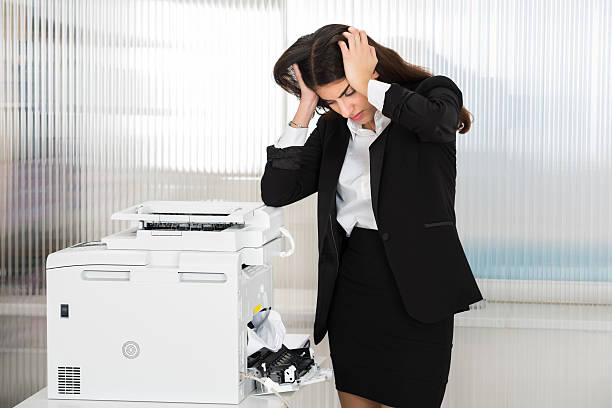 6. It costs too much to print.

Believe it or not, cost per printed page (based on ink and toner cartridge costs and yields) has declined in recent years, but that’s small comfort to someone having to pony up for yet another set of cartridges. But there are ways you can lower your ink costs and save paper as well.

First, think before you print. Do you need to print the full document, or only a page or two? (And do you even need a paper copy?) Only print those pages that you really need. And unless you need presentation-quality output, print in draft mode, which uses less ink. If your printer supports duplex (two-sided) printing, using it will save a lot of paper. Just remember to switch back to simplex printing and quality mode when you need it.

For many printers, you have a choice between lower-capacity and high-capacity ink (or toner) cartridges. The higher capacity cartridges cost more up front but they have higher yields (can print more pages), and lower cost per printed page.

If you’re buying a new printer, be sure to factor in its running costs. We include cost per page information for monochrome and color printing for the printers we review. Generally, the more you pay up front for a printer, the lower its running costs will be, so investing in a higher-end printer may save you money in the long run. (but be sure to crunch the numbers first).

One more dubious cost-cutting method is using third-party inks. These may cost considerably less than the manufacturer’s branded ink, but they can vary widely in quality. The most common complaints about third-party inks are degraded print quality and clogged nozzles.

Printers vary widely in text quality; inkjets generally offer text suitable for home, school, or casual business use, while most lasers are capable of printing crisp text for more professional-looking documents. We rate text quality for each printer in our reviews. But assuming you’ve noticed a gradual or sudden degradation in quality, there are several things you can try that may resolve it.

Whether inkjet or laser, make sure your print settings are correct. If you’re in draft mode, switch to higher quality mode (though it will slow down your printing). Be sure that the paper type listed on screen matches what you’re printing on.

With laser printers, it may mean that the toner has settled; remove the cartridge(s) and shake several times from side to side. Often, a cartridge will respond to this, though eventually it will run out of toner and have to be replaced. For inkjets, you can try a nozzle cleaning and print head alignment, which you can launch from the printer’s maintenance menu. If that doesn’t help, you can try replacing cartridges as well (though you’d probably get a warning if they were low).

If you’re not satisfied with your photo print quality, make sure that you’re printing on the right paper. Generally, your printer manufacturer’s branded photo paper will be better than third-party papers, and they may recommend a particular paper for your printer. In your software settings, be sure that you’ve selected the paper (or paper type) you’re using, and that it’s set for photo printing. If there’s a high-quality photo setting, try that. Also, run through a nozzle cleaning and print head alignment.

If you’re running low on one color of ink, you may see discoloration in your prints—it’s time to change the ink tank in question. Also, particulates in the ink will eventually settle and can cause clogging, so you’ll want to replace old tanks, even if they’re partly or mostly full of ink.

Fortunately, paper jams are far less common than even a decade ago, but they still can happen. By far the most common cause of paper jams is paper misalignment. Be sure to square off the stack of paper before inserting it in the tray, be sure that the guides are flush with the paper, and avoid over-filling the tray. If this doesn’t solve the problem, check the troubleshooting section of the printer’s user manual, and if need be, contact the manufacturer’s tech support.

If your multifunction printer’s (MFP) scanner stops working, it may be that the scanner software has become corrupted; try reinstalling the printer’s software package. If that doesn’t work, it’s best to check the user guide and, if need be, the manufacturer’s support page. It’s not too unusual for the scanner in a lower-end MFP to fail, and the whole unit may have to be replaced.

Ervis is our JET “pilot” and he’ll help you with the IT solutions you need in China. Ervis co-founded JET IT Services, a leading IT Helpdesk and Managed Services Provider in China, to help companies operate and succeed in the China IT environment!

7 habits for a good IT environment in your office

27 effective ways to use technology for small and medium businesses

What technology mistakes do businesses make with new investments in China?

Managed Services for Small and Medium Businesses in China: More Than Just China IT Support

What is the China ICP License and How to get it?
Go to Top